How was our Digital Marketing Agency named “DigiChefs” ? 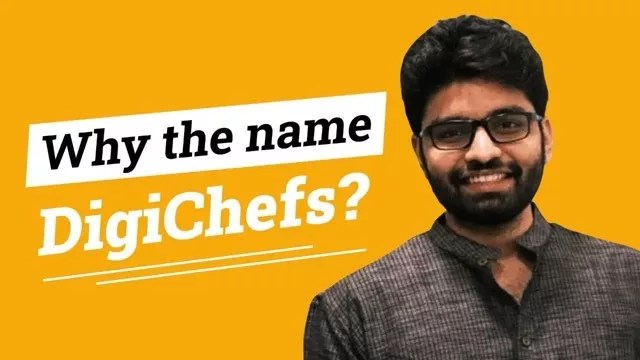 This was the time when the partners of our agency, named Marmik Ajmera and Deep Mehta, decided to quit their job and start their own Digital Marketing Agency. They were analyzing which business verticals are looking for SEO services, Content writing services or Social media marketing services, etc. in a single agency and don’t have an adequate supply of the same. After researching, they realized that hospitality and FNB (Food and Nutrition Board) segments were two business areas that have a lot of potential but also don’t have many effective players. They wanted the name to be related to these sectors & suddenly, the word “Chefs” came to their minds. As we all know, Chefs are an integral part of the FNB segment. Considering the fact, they decided to have the word chefs in their company name and they came up with the name DigiChefs. That’s how the name DigiChefs was coined.

After a period of time, they started taking other projects also which were not a part of their category. Since they realized that the kind of profit and business they could make from other verticals are either more or comparable to FNB. Hence there was no reason to limit themselves to the FNB segment.

Today DigiChefs is now a full-fledged digital marketing agency in Mumbai offering 360-degree solutions to clients across verticals and across geographies for the last 6 years and is thriving.

That’s the whole story of how the name DigiChefs came into existence.