Why Does Weird Stuff Get Viral On Social Media? 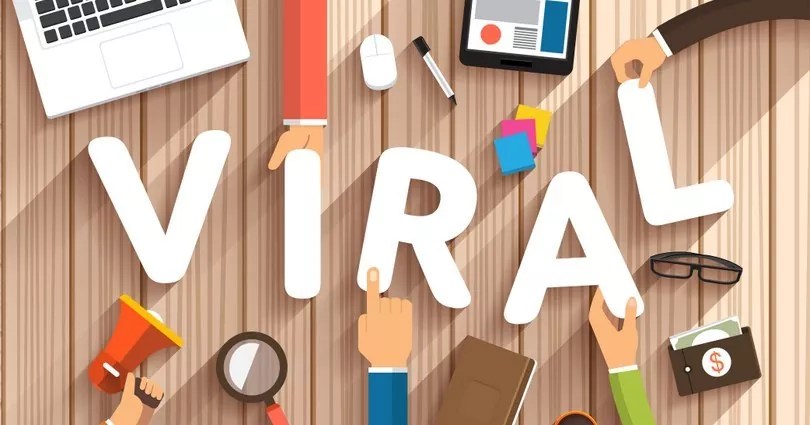 We always ask ourselves, whack our brains & curse our destiny, thinking why Dhinchak Pooja is so famous?

Even though she has no talent (duh!)

We come across unusual and weird things going viral all the time. Be it some stupid challenges or a cringe-worthy video!

We see it, we discuss it, we share it and we move on.

But, what if I told you that there is a scientific explanation behind why weird things go viral?

Let’s dig more into this.

Do you remember her? 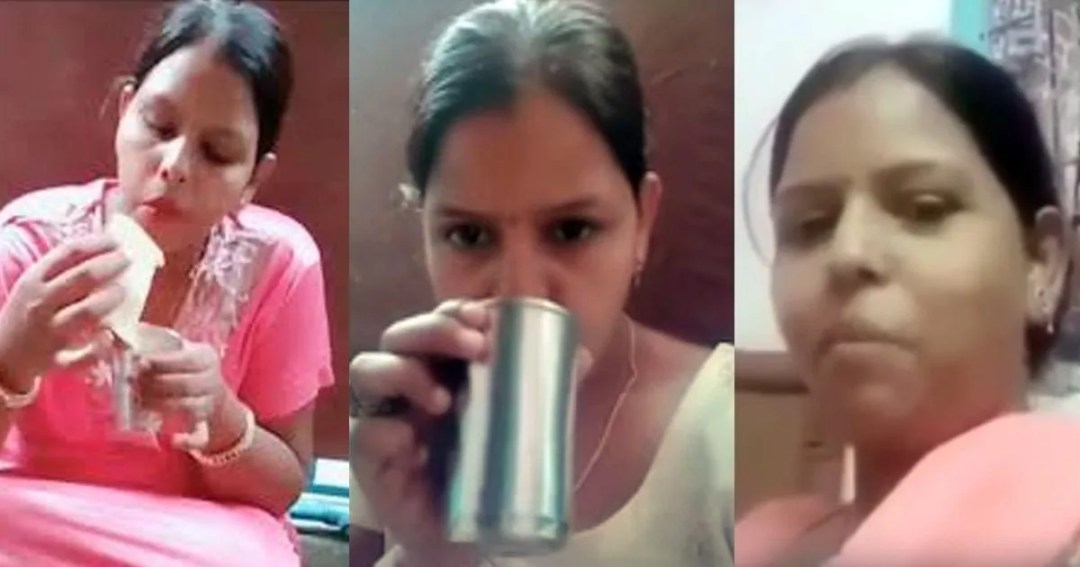 Do you like her? I mean did any of us like her? Well, we have mixed answers here. Personally, I liked the content when it went viral. It was a bit funny and at the same time really weird.

Many of my friends were annoyed by this constant pop-up of memes of ‘Aunty’ offering us something to eat or drink!

So why did Aunty go viral with a silly video of 15 seconds?

There is a guilty pleasure in annoying people around you. The cringe levels in today’s meme-filled world are high. Adding fuel to the fire are these annoying and weird viral videos.

One of the reasons why Dhinchak Pooja and ‘Chai Pilo’ aunty got famous is due to this very reason.

If you remember, people dub-smashed the ‘Chai Pilo’ aunty’s videos, added storyline, made fun of cricketers and Aunty was all over social media.

People hated her, but at the same time they shared it and used it to annoy their friends for no reason.

Same was the case with Dhinchak Pooja, people were irritated by her songs, her dancing style and moreover, her voice!

All of us did not like her, but secretly we followed her on social media, shared her videos to annoy people, we even discussed her music with our friends and family and how untalented people are getting famous. But are the weird viral videos only to irritate people?

There can be more reasons as well, let’s discuss that now.

If there is anything that falls under ‘current trends’, it means people already like it or there is a  probability that they have already seen it or heard it from someone.

However, there can be a meme or a video that goes viral due to it being related to an already trending topic.

Let me give you an example: 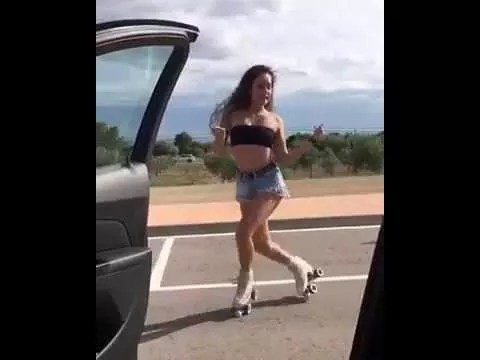 Yes, people jumping out of their car, ladies grooving to it and sharing videos of the same, ScoopWhoop writing click-bait articles and Indians making their own versions of the Kiki Challenge. Golden!

But if you dig in more, you’ll find out that the song – ‘In My Feelings’ by Drake was already trending and topping the charts.

A comedian named Shiggy posted a video of him dancing to the song while being recorded from the inside of a car. This video was released a few days after the launch of the song.

People loved the dance moves and jumping to the trend wagon, few more celebrities posted similar videos. And the rest is history.

Here, the trend of the song moulded a simple dance video into a challenge and ultimately into a worldwide rage.

Many road safety & police authority even warned about the hazards of such stupid social media stunts, but people did it anyway.

The trend of the Kiki challenge was given a boost by the already trending song by Drake.

This paves the way to our next possible reason why weird things go viral on social media.

3.FOMO of importance on Social Media –

A recent rage on Social Media of posting pictures of oneself from 2009 and comparing it to that of 2019’s.

We are unsure of how this trend started but people were seen posting pictures on Facebook timeline of their uploads from 2019.

Many celebrities also hopped on the bandwagon and posted their pictures from 10 years ago.

It was all the rage and there were many versions of #10YearChallenge that people adopted. Dogs, cars, money, parents, everybody and everything was a part of it.

One thing was for sure, everyone was posting about it. If you did not post it, you were looked upon as an outcast!

Some of them enjoyed posting pictures of them doing stupid things 10 years ago, some were fabricating their past life and some were doing it for the sake of not missing the opportunity of participating in the latest trend.

I feel, this topic was trending not because of fun but because since everyone was doing it, people wanted to ride the trending train and everyone wanted to look cool in front of their friends.

This is a wider topic when we try and understand how this helps something go viral.

Let me introduce you to a theory of my own – The Theory Of Human Connect.

Would the movie Titanic be such a huge success and ever-so-remembered if Jack did not die in the end?

I guess not. It would have been a good movie with some drama and a story. But James Cameron threw in a surprise factor with a backstory. Let’s analyse.

Last few moments of Jack and Rose’s togetherness were immensely sad and left every one teary-eyed.

Jack sacrifices himself so that the plank stays afloat. His love for Rose was so intense, that he did not think twice before bidding goodbye. Emotional, right? Yes, but a formula behind it is as follows:

A) Element Of Surprise – Jack dies. Nobody would have predicted this while watching the movie.

B) Backstory – Jack wanted the plank to stay afloat and save Ms. Rose ‘Dawson’ by ultimately sacrificing himself. In the movie, they’re madly in love with each other and ready to go through whatever obstacles come in their way.

C) Emotional Connection – I am sure a lot of us would have connected to Jack’s sacrifice and felt the great pain of his departure. Anyone would do anything to keep their loved ones alive. Jack did exactly the same. Thus connecting with the viewer’s emotions.

Let’s roll back and see what happens psychologically when you watch the movie.

> Jack sacrifices himself and dies (element of surprise)

> Why did he do that? Because he loved Rose and wanted her to stay alive and live her life normally (back story)

> This sacrifice when understood by the audience, surges emotional turbulence in their heart (emotional connection)

And thus remembering the movie and the emotions for a lifetime.

If you mix a surprise element, a back story and an emotional connection, you may have viral content in your hand!

Let’s get back to the world of social media now.

Do you remember this guy? 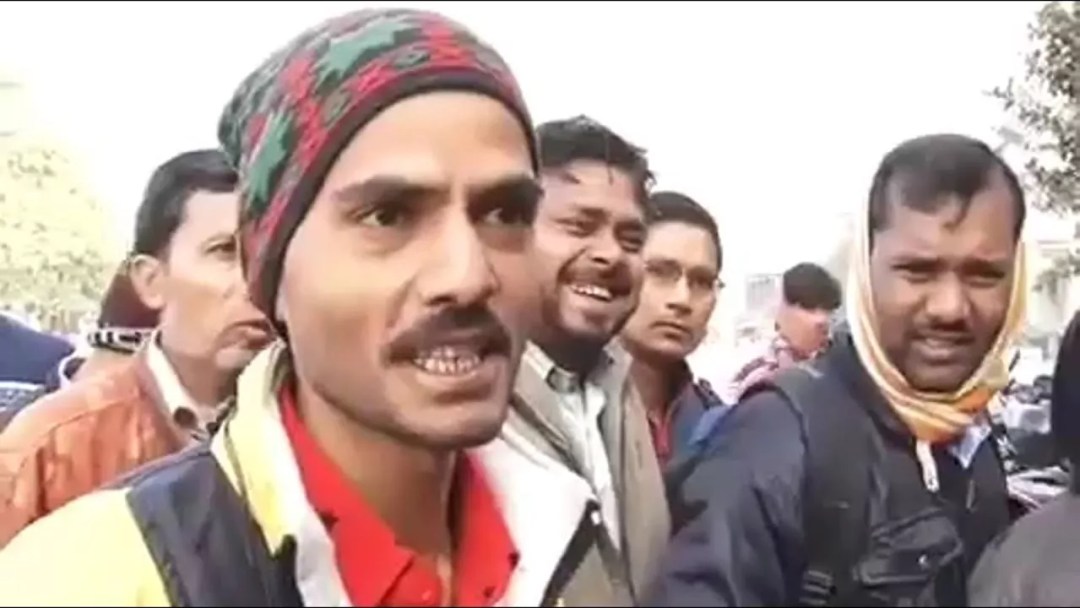 If you remember the backstory of this guy, there was a reporter walking around the long queues of ATM and banks, asking people how they were affected due to demonetisation. Reporter reaches this guy and asks him for his opinion.

The guy is so frustrated that he lashes out swear words and the reporter flees the scene! Funny, right?

Let’s see what he has for us to understand:

> Element of surprise – It is not socially acceptable to swear on live TV. But this guy did the same and shocked everyone.

> Backstory – #NoteBandi! Not a single person in India was untouched by the effects of Demonetisation.

Probably this guy was standing in line for a long time, did not have food at home or medicines for elderly and was ultimately frustrated.

> Emotional connection – Whatever this guy went through, we felt the same way. We stood in line, we waited, we bought less ration, we made transactions online, cursed and praised the government, we felt his pain and frustration.

Hence we were able to connect with this guy.

Our brains are trained so well, that we connect with something without even realising the reason. A movie that we loved, a song that we adore and a piece of something that is close to our hearts. Our brain processes backstories and emotions so well, that an advertiser or a good movie maker just needs to collect them and add an element of surprise.

There are obviously many factors which makes something weird go viral. Here’s the last factor which helps it.

Be it customer experience or recommendations or latest trends, word of mouth can give it a major boost.

If something strikes the right chords and is in line with the above-mentioned points, there is a higher chance of someone recommending it to a friend, downloading it and sharing it.

Almost all the social media platforms’ algorithm takes into account the amount of time a post has been shared and engaged with.

If a meme or a video is interesting enough that it is being shared by word of mouth, it is bound to go viral.

When Dhinchak Pooja went viral, people were questioning the audience’s choice for making her go viral. Talented and hard-working content creators were not getting viral, but Dhinchak Pooja did.

So next time you see something weird, something unusual going viral, you know the science behind it!